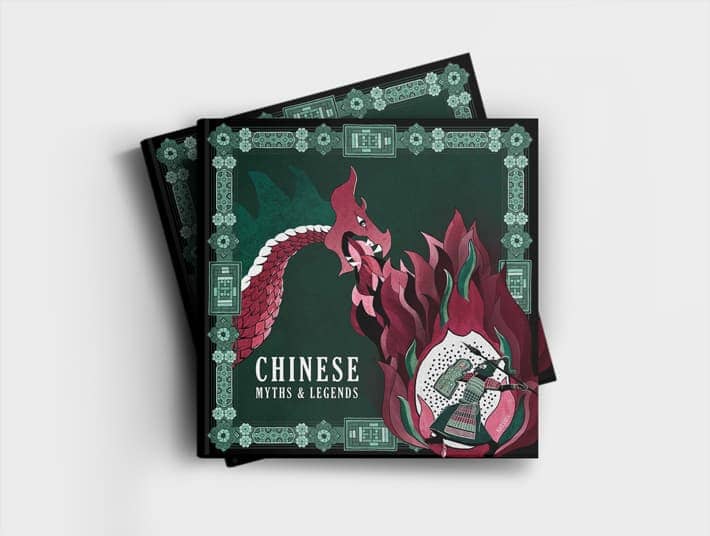 Book cover illustration and design for Chinese myths and legends featuring the legend of the dragonfruit as its main theme.

According to the legend, the fruit was created thousands of years ago by fire breathing dragons. During a battle when the dragon would breathe fire the last thing to come out would be the fruit. After the dragon is slain the fruit is collected and presented to the Emperor as a coveted treasure and indication of victory. The soldiers would then butcher the dragon and eat the flesh. It was believed that those who feasted on the flesh would be endowed with the strength and ferocity of the dragon and that they too would be coveted by the Emperor.

The book cover features a dragon, a chinese warrier, a dragon fruit, also known as pitaya as it is born of the flames coming from the mouth of the dragon.